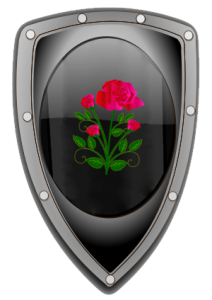 Don’t you just love it when someone uses a word in a conversation and you have no idea what it means? For years, whenever this happened to me, I used to let it pass without comment, attempt to keep an intelligent look on my face, and try to gather the sense of the meaning from the context. Sometimes I could; sometimes I couldn’t. But thankfully, my acting succeeded; and I was never found out!

A while back I decided to do things differently. I figured I was not gaining anything by pretending. So now I politely ask the meaning. Truth is, I love words and learning new things; and to my surprise, I found out that asking doesn’t do the damage to my pride that I thought it would. It helped that the people I asked were gracious and didn’t make me feel stupid!  I think they may have even enjoyed explaining things for me.

For a while, apologetics was one of the words that stumped me. Over the years I’ve learned that I was not alone. There have been many times when I have been asked what apologetics means after I’ve used it in a conversation. It’s clearly not a word most people use regularly. I don’t ever remember hearing it before I was a Christian. I learned it years ago when I was first beginning to contrast Christianity with religious systems that have doctrines that are contrary to the Bible. Once I leaned it and learned what it was, I was hooked. I discovered that I enjoyed looking into the different religions and sects in the world and how they compare to Christianity. I’ve spent a lot of time doing so. I feel this need to investigate claims of truth because I want to know the truth. I also have a desire to defend the truth about God and share it with others because it is glorious. Through my experiences, I came to develop my own definition of apologetics.

My personal definition of Christain apologetics

The work I do to gently and respectfully respond as well as I can with God’s help to those who call Christianity into question, answering from the Bible, from relevant extra-biblical sources, from reason, and from my own testimony. Beyond this I also feel the need to speak up when error is detected even if I haven’t been asked.

“but sanctify Christ as Lord in your hearts, always being ready to make a defense to everyone who asks you to give an account for the hope that is in you, yet with gentleness and reverence;”
1 Peter 3:15

This is a cornerstone verse of Chapter 3 Ministries.

2. The truth is very important to me.

I am driven by a need to know and defend the truth about God. This leads naturally to apologetics.

britannica.com “apologetics, in Christianity, the intellectual defense of the truth of the Christian religion, usually considered a branch of theology.”

Theopedia “Apologetics is the verbal defense of the Faith, for example by dispelling inaccurate stereotypes or by re-presenting doctrine in language that is more accessible to non-believers. The goal of apologetics is to persuasively answer honest objections that keep people from faith in Jesus Christ. ^[1]^”

Apologetics 315 “What is Apologetics? The word apologetics comes from the Greek word apologia, which is found seventeen times in the New Testament. It can be translated as “a defense,” and is a judicial term implying a reasoned argument, vindication, or defense. In its original use, the term apologia referred to a legal defense given in response to an accusation. In modern usage, the term apologetics takes on a larger scope of meaning. Christian philosopher William Lane Craig presents a concise definition of apologetics in its contemporary form:

Though examining and answering to contrary views are foundational in apologetics, I believe the real value of apologetics has nothing to do with making a point or winning an argument.  In apologetics we seek and defend the truth about God and his word. Our correct understanding leads to worshipping God in truth. This glorifies him and increases our joy because we know him correctly. Our work may also help others to worship in truth and experience that same joy.  To me, this is the real value of apologetics.

I invite my sisters in Christ to join me in being ready to make a defense for the hope that is in us.  Apologetics may be a foreign word right now and bring up all sorts of doubts about ability and concerns about difficulty; but I assure you, things can be learned that will help your confidence grow. You may discover that you enjoy it too. Let’s go forward together!