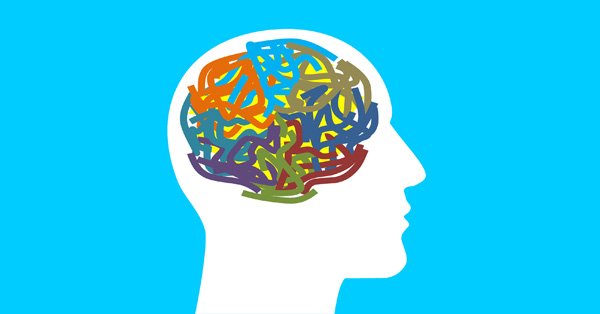 It is quite common to come across logical fallacies while doing the work of apologetics. Faulty reasoning is often employed in attacks against Christianity or in the defense of false teachings. Faulty reasoning can also exist in individuals who are open to talking about God, but have not yet believed. Sometimes, even fellow believers who have embraced false teachings need to be gently led out of errors in logic. Defending our hope in Christ presents no shortage of opportunities to present biblical truth and hopefully help others see and move away from unsound reasoning. Let’s be equipped in every way possible to serve God and be ready. (1 Peter 3:15)

To that end, below is a list of logical fallacies to study. It should provide a good starting point for becoming familiar with them. Practice spotting them. An easy way to do that is to listen to political or cultural debates online or on TV. It probably will not take you very long to hear logically unsound arguments. (See Also: How To Spot Logical Fallacies here on chapter3min.org)

I recommend revisiting the list below every now and then as a refresher and checking out other lists as well. You can find other lists that contain these and other types of fallacies by searching online. Though you might desire to learn about logical fallacies to be better prepared to communicate clearly and reasonably with others, you might also discover that studying fallacies is fun. Some logical fallacies can be quite amusing! I pray you enjoy the work.

1. Ad Hominem (To the Man): This occurs when someone attacks a person instead of responding to the argument. It is common in political discussions.

Example:
News Show Guest: Donald Trump actually said that his tax plan will help this country. That’s ridiculous! He’s a misogynist and a racist. He will ruin our country.

2. Ad Populum (Appeal to the Masses): Arguing for a position based on it being held by a majority.

Example:
You’ve got to get a copy of Jesus Calling. It’s the number one bestselling daily devotional and has sold millions of copies, so it’s got to be a great book for Christians to read!

Popularity is not the correct way to determine the value of this book (or any book) for Christians. Instead, one should use the Bible and discernment to assess its content. As further help, there have been book reviews done that demonstrate that despite its popularity, Jesus Calling is not a great book for Christians to read. A quick search online will yield some reviews.

3. Appeal to Novelty: Stating that something is better or true simply because it is new.

Example:
The Message Bible is a great Bible because it is a modern version.

The Message is a modern version, but that alone does not make it good. What makes a good Bible is how faithful it is to the original languages and how readable it is. The Message Bible has some serious problems with accuracy. Please see A Creative But Inaccurate Message for information.

4. Appeal to Tradition: Stating that something is better or true because it has always been done or believed.

Example:
For generations, every man in our family has been a farmer. It is the right career path for you too, my son.

5. Apriorism (Hasty Generalization): Making a generalization about a collective that is made too fast from too small a sample.

Example:
I’ve met two feminists who were both so angry, loud, and impossible to talk to. So now I know. Feminists are crazy!

6. Composition: Presuming that what is true for some or all the parts of a whole is true for the whole.

Example:
I do not eat table salt! It is made up of two poisons: sodium and chlorine! Therefore, table salt has got to be poisonous.

7. Division: Presuming that what is true of the whole must be true of some or all of the parts.

8. Fallacy of Equivocation: When a term/phrase with different meanings is used in various parts of the same argument without clarifying a switch in meaning.

Example:
Hits are something all recording artist want. Therefore, we should all line up and hit them hard!

9. False Dilemma (Either/Or, False Dichotomy): Stating that there are only two options when there are one or more other options.

Example:
That woman is a submissive wife. She is either weak-minded or being bullied into it by her husband.

There could be other reasons like culture or faith. In this case, she is a submissive wife because she is a Christian and is obeying the Bible.

10. Genetic Fallacy (Fallacy of Origins): Accepting or rejecting a claim based on its origin.

Example:
You’re a man! Your opinions about the wage gap between women and men are wrong.

11. Petitio Principii (Begging the Question, Circular Reasoning): This fallacy occurs when an argument contains an assumption that something is true and it is the same thing the argument is trying to prove is true.

Example:
Pizza is better than salad because salad is not as good as pizza.

12. Post Hoc Ergo Propter Hoc (False Cause): The fallacy assumes that since x happened after y, y was the cause of x.

13. Red Herring: Introducing a new topic or bringing up an argument or point that is unrelated or irrelevant to the one being discussed as a means of avoidance or distraction.

14. Special Pleading: Applying a standard or rule to others, but exempting yourself without good cause.

Example:
Yes, everyone who cheats on tests should get detention; but not me. I’m the captain of our football team.

15. Straw Man: An argument that does not represent the opponent’s view correctly. The altered view is attacked and “knocked down easily”.

Example:
Gender roles in marriage should be rejected because complementarians believe men are superior to women.

.
See Also
How to Spot Logical Fallacies
The Three Laws of Thought