A Short Study on the Sovereignty of God

:: Home » A Short Study on the Sovereignty of God 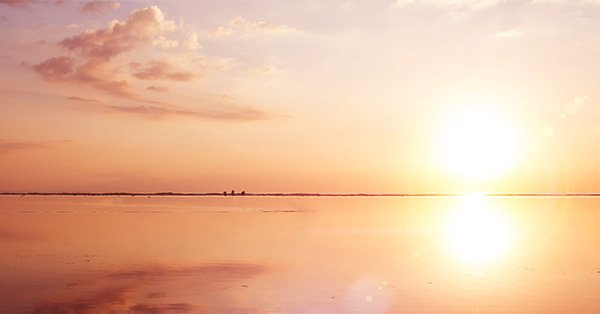 The study of the sovereignty of God not only illuminates the mind,
it also inflames the heart.

Whenever I pass through the Bible using a Bible reading plan, I make collections of verses arranged by certain topics. I have had topics ranging from predestination to the end times. One topic that quickly became a favorite and remains so today is the sovereignty of God. Years ago, when I first started working through the Bible, I had a vague concept of God’s control over things; but I had not yet been exposed to the relevant Scriptures that reveal the scope of His sovereignty. What a joy it was to find them!

The verses that I collected revealed that God rules over everything and that all is within His control. The idea that God works all things (not some things) after the counsel of His will as it says at Ephesians 1:11, appeared repeatedly. I saw that nothing is beyond His authority and influence and nothing takes Him by surprise or happens outside of His will.

As I collected the verses, I remember thinking that no one was going to believe me about how comprehensive God’s control was. I naively thought that I was discovering something new! Later I found out that I was not the first person to discover the scope of His sovereignty, not by a long shot.  Many Christians today rejoice in this doctrine, and Christian history is filled with countless believers who did as well. There is much written about it. I also found out that there is and has long been controversy over the extent of God’s control, especially when it comes to His role in the salvation of souls. It is not my intent to analyze arguments or present any here about this. Instead I wish only to present some verses from my notes for you to examine and enjoy. I will visit the issue of the extent of God’s control in salvation in depth elsewhere, Lord willing, because it is an important topic that is worth studying closely.

Doctrine, the sovereignty of God, and real life

It is a delight to study biblical doctrines like the sovereignty of God and many others. What is learned reveals things about God and is relevant to real life. It is not just terms to memorize or ideas to sort through or debate. Biblical doctrine pierces into living, shapes my worldview, and moves me to my core. Sound doctrine in real life equals joy, comfort, peace, and healing.

The sovereignty of God has been truly special to me. Its impact on my life and thinking has been big. For one thing, it is foundational to the joy of my salvation. I am beyond grateful for being in Christ by His doing (1 Corinthians 1:30) How humbling to know that it was God who “caused us to be born again to a living hope”. (1 Peter 1:3 ) Believers are His children and “…were born not of blood nor of the will of the flesh nor of the will of man, but of God”. (John 1:12-13 ) We have the assurance of salvation because our hope is in our sovereign God.  It is the only place it should be and could be.

Along with the glorious fact that God’s sovereignty both sets His children on the path to eternal life and makes sure the promise of it; there is also strength, help, and hope for this present life. Knowing that God is in control calms my nervous heart and helps me to handle disappointments, have perspective in tragedy, and endure suffering. Like many people, I have seen my share of these things. As a believer in God and His word, it has been healing to view them through the lens of His sovereignty.

Past injuries like the sexual abuse suffered in my earlier years and the attempt on my life by an ex-boyfriend later on have lost a good degree of their scaring because I know the biblical truth of God’s providence (and mercy). Also, I could not have survived twenty-three years of chronic pain and these last ten years of being mostly housebound because the pain worsened, without caving to bitterness and depression, if I did not have the constant pillar of God’s sovereignty holding me up.

Knowing that God is in control and that He has the power to fulfill His purposes and that His purposes are good comforts and strengthens me. In the hardest moments, I lean on the truth that God’s knowledge and justice are beyond my understanding and that He meant it when He said, “I am the LORD who exercises lovingkindness, justice, and righteousness on earth; for I delight in these things.” (Jeremiah 9:24b)  I am deeply grateful for His sovereignty and His goodness.

Bible Verses about the Sovereignty of God

I encourage you to look up the following verses in context. I believe seeing them in place would only deepen your joy and increase your peace.  As you work through the list, notice the extent of God’s control.  It may surprise you. I pray that these verses about the sovereignty of God are a blessing to your life as they have been to mine. Keep them close.

“The mind of man plans his way, But the LORD directs his steps.”
Proverbs 16:9

“Many plans are in a man’s heart, But the counsel of the LORD will stand.”
Proverbs 19:21

“Come now, you who say, “Today or tomorrow we will go to such and such a city, and spend a year there and engage in business and make a profit.” Yet you do not know what your life will be like tomorrow. You are just a vapor that appears for a little while and then vanishes away. Instead, you ought to say, “If the Lord wills, we will live and also do this or that.”” James 4:13 -15

“The lot is cast into the lap, But its every decision is from the LORD.”
Proverbs 16:33

OVER GOOD AND BAD TIMES

“Consider the work of God, For who is able to straighten what He has bent? In the day of prosperity be happy, But in the day of adversity consider– God has made the one as well as the other So that man will not discover anything that will be after him.” Ecclesiastes 7:13-14

“Your eyes have seen my unformed substance; And in Your book were all written the days that were ordained for me, when as yet there was not one of them.” Psalms 139:16

“And He was saying, “For this reason I have said to you, that no one can come to Me unless it has been granted him from the Father.”” John 6:65

“When the Gentiles heard this, they began rejoicing and glorifying the word of the Lord; and as many as had been appointed to eternal life believed.” Acts 13:48

“In the same way then, there has also come to be at the present time a remnant according to God’s gracious choice. But if it is by grace, it is no longer on the basis of works, otherwise grace is no longer grace. What then? What Israel is seeking, it has not obtained, but those who were chosen obtained it, and the rest were hardened;” Romans 11:5-7

“The God who made the world and all things in it, since He is Lord of heaven and earth, does not dwell in temples made with hands; nor is He served by human hands, as though He needed anything, since He Himself gives to all people life and breath and all things; and He made from one man every nation of mankind to live on all the face of the earth, having determined their appointed times and the boundaries of their habitation, that they would seek God, if perhaps they might grope for Him and find Him, though He is not far from each one of us; for in Him we live and move and exist, as even some of your own poets have said, ‘For we also are His children.’” Act 17:24-28

“In Him also we have obtained an inheritance, having been predestined according to His purpose who works all things after the counsel of His will,” Ephesians 1:10b-11

Scriptures that show God’s control in specific human lives and events, including the death of Jesus

The trustworthiness of God

I will finish with a few verses that highlight the goodness of God. We can trust Him to be loving and just in His sovereignty.

“For I proclaim the name of the LORD; Ascribe greatness to our God! “The Rock! His work is perfect, For all His ways are just; A God of faithfulness and without injustice, Righteous and upright is He.” Deuteronomy 32:3-4

“All the paths of the LORD are lovingkindness and truth To those who keep His covenant and His testimonies.” Psalms 25:10

“For the word of the LORD is upright, And all His work is done in faithfulness. He loves righteousness and justice; The earth is full of the lovingkindness of the LORD.” Psalms 33:4-5

“Thus says the LORD, “Let not a wise man boast of his wisdom, and let not the mighty man boast of his might, let not a rich man boast of his riches; but let him who boasts boast of this, that he understands and knows Me, that I am the LORD who exercises lovingkindness, justice and righteousness on earth; for I delight in these things,” declares the LORD.” Jeremiah 9:23-24

I praise God that He is sovereign and filled with lovingkindness. Our almighty, sovereign God cares for us (1 Peter 5:7), and we can trust Him. May you rest in His sovereignty. 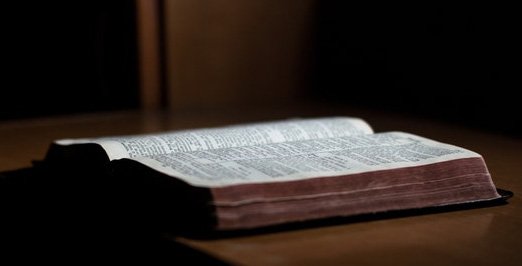 How to Study the Bible by Topic

“If the LORD had not been my help, My soul would soon have dwelt in the abode of silence. If I should say, “My foot has slipped,” Your lovingkindness, O LORD, will hold me up. When my anxious thoughts multiply within me, Your consolations delight my soul.” Psalms 94:17-19