Living in New England right now and seeing all that snow-white wonder, it’s impossible not to think about verses that mention snow and our Lord’s might and sovereignty over the weather.

“”Have you entered the storehouses of the snow, or have you seen the storehouses of the hail, which I have reserved for the time of distress, for the day of war and battle? Where is the way that the light is divided, or the east wind scattered on the earth? Who has cleft a channel for the flood, or a way for the thunderbolt, to bring rain on a land without people, on a desert without a man in it, to satisfy the waste and desolate land and to make the seeds of grass to sprout? Has the rain a father? Or who has begotten the drops of dew? From whose womb has come the ice? And the frost of heaven, who has given it birth?”
Job 38:22-29

“He gives snow like wool; He scatters the frost like ashes. He casts forth His ice as fragments; Who can stand before His cold?”
Psalms 147:16-17

“Praise the LORD from the earth, Sea monsters and all deeps; Fire and hail, snow and clouds; Stormy wind, fulfilling His word;”
Psalms 148:7-8

“But I say to you, love your enemies and pray for those who persecute you, so that you may be sons of your Father who is in heaven; for He causes His sun to rise on the evil and the good, and sends rain on the righteous and the unrighteous.”
Matthew 5:44-45

“And He got up and rebuked the wind and said to the sea, “Hush, be still.” And the wind died down and it became perfectly calm. And He said to them, “Why are you afraid? Do you still have no faith?” They became very much afraid and said to one another, “Who then is this, that even the wind and the sea obey Him?“”
Mark 4:39-41 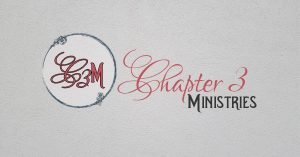